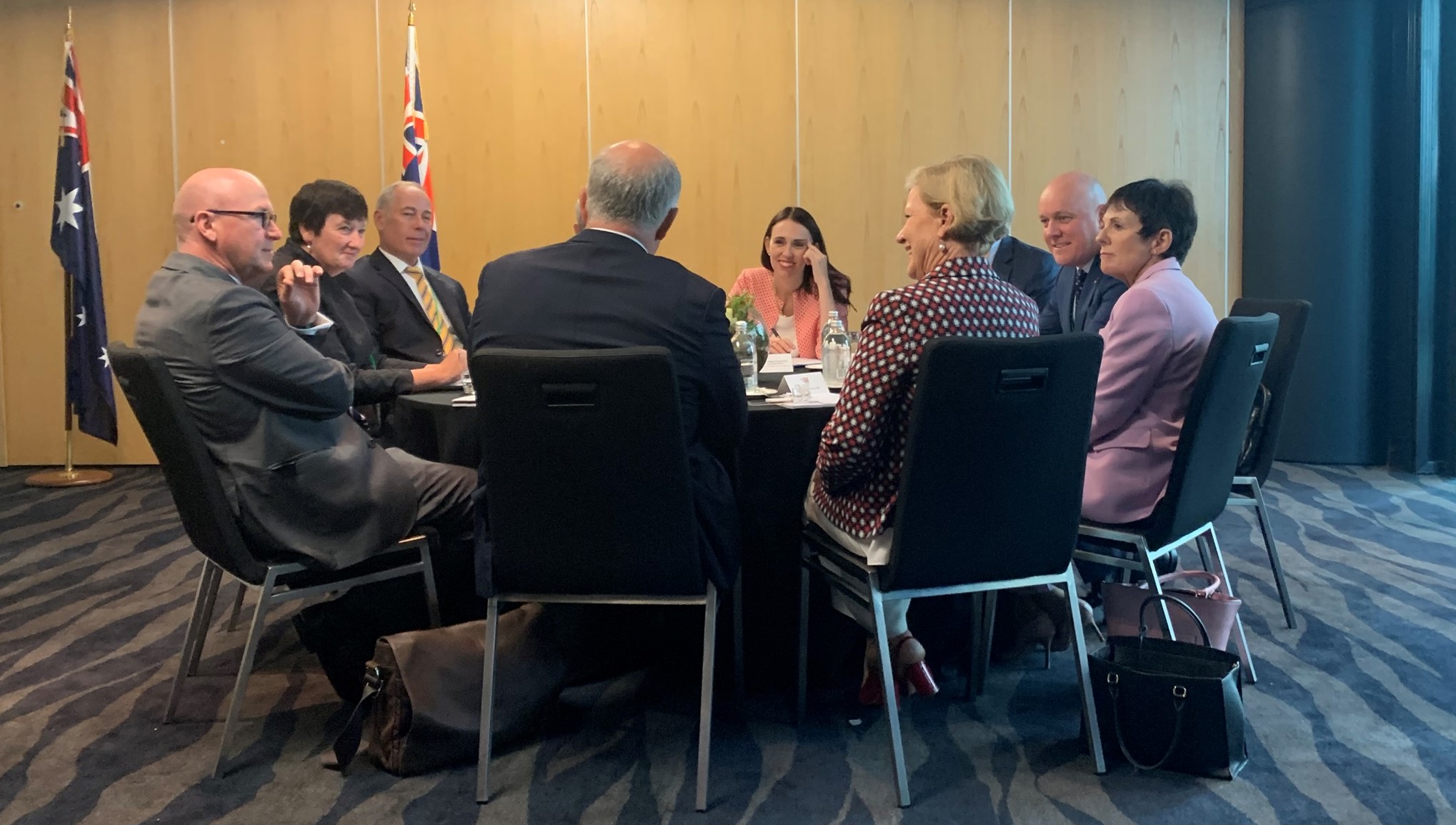 The ANZLF Policy Group, co-chaired by Ann Sherry AO and Greg Lowe, meets every six to eight weeks to review progress on the policy agenda, discuss strategy and update on the Sector Group work programmes. The Policy Group is supported by the Australia and New Zealand Directors, who provide policy support and carry out the ANZLF strategy as directed by the Policy Group.

Currently, the ANZLF Policy Group is comprised of the Sector Group Co-Chairs and partners of ANZLF.

Greg has been CEO of the Beca Group since April 2012, responsible for business operations and delivery of strategic objectives group-wide.  Joining Beca in 2004 as Wellington Regional Manager, he became Managing Director Australia in 2006 and was appointed to the Beca Group Board in 2010.

Greg is an Officer of the NZ Order of Merit, a Fellow of Engineering New Zealand (IPENZ), a Chartered Member of the Institute of Directors in New Zealand and holds a Master’s degree and First Class Honours degree in Mechanical Engineering from the University of Auckland.

Ann is one of Australia's leading business executives with a career that spans Government, Banking and Cruise Tourism. She is the Chair of UNICEF Australia and ENERO and currently holds non-executive roles with National Australia Bank, Sydney Airport,  Infrastructure Victoria, Cape York Partnerships, and the Museum of Contemporary Art Australia.

Ann is the Australian Co-Chair of the ANZLF and has been involved with the forum since 2002 when she moved to New Zealand as CEO of Westpac NZ.

Beginning working life as a Radiographer, Ann became First Assistant Secretary of the Office of the Status of Women in Canberra before moving to the banking sector initially in HR roles, then in CEO roles with Westpac NZ and the Bank of Melbourne.

The Australian Government awarded Ann the Centenary Medal in 2001 and in 2004 she was awarded an Order of Australia. In 2015, Ann was named as the overall winner of the Australian Financial Review 100 Women of Influence Award.
Ann devotes considerable energy to her passion for women’s rights (currently as convenor of the MCC STEM group), supporting opportunity for Indigenous communities, personal philanthropy and support of the arts.

Charlotte Jaques, who is hosted at the Business Council of Australia in Melbourne, has been Australia’s Director for the Australia New Zealand Leadership Forum since the Australian Secretariat was formed in 2017.

Before moving to Australia, Charlotte worked as the Private Secretary to former New Zealand Minister for Food Safety and Associate Minister for Primary Industries. Charlotte was responsible for briefing the Minister on a variety of primary industry trade objectives and food safety issues, managing stakeholder relations, and supporting the delivery of the Minister’s work programme.

Charlotte’s career started in the public sector where she has worked in various policy roles, focusing on international policy and trade. Her roles at the Ministry for Social Development and Ministry for Primary Industries have had a trans-Tasman policy focus, where she has worked with a range of stakeholders across government and industry to develop policy advice and further New Zealand interests internationally. Charlotte holds a Bachelor of Arts (Hons) in political science and history from the University of Auckland.

Through her consulting company, Fiona advises clients on government relations, trade policy and communications, drawing on 31 years of experience in the private and public sectors. Fiona previously worked in the dairy and banking sectors and for the NZ Ministry of Foreign Affairs & Trade including a secondment to the Australian Department of Foreign Affairs & Trade in Canberra in 1989 and a posting to Washington DC from 1992-1996. She did her BA (Hons) in political science and history at the University of Canterbury.